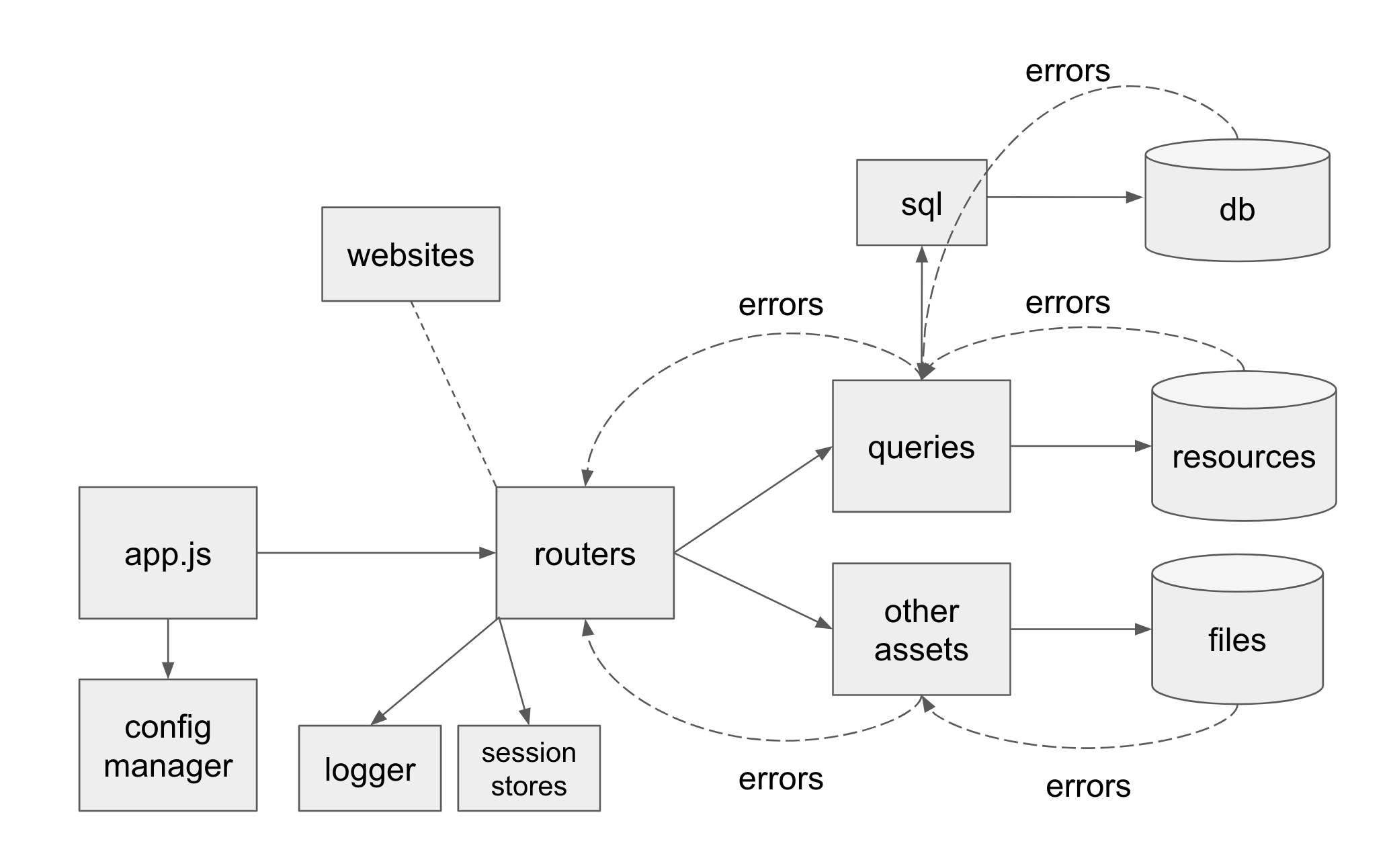 Diagram illustrating the component dependency graph and how error flows through the new core server I built to handle the team's processed data and websites.

From January to August 2018 I worked as a software developer for the Bioinformatics Quality Control team in Canada’s Michael Smith Genome Sciences Centre. During my time with the team I leveraged technologies like Node.js, Python, PostgreSQL, Elasticsearch, AngularJS, and ReactJS for a variety of projects: 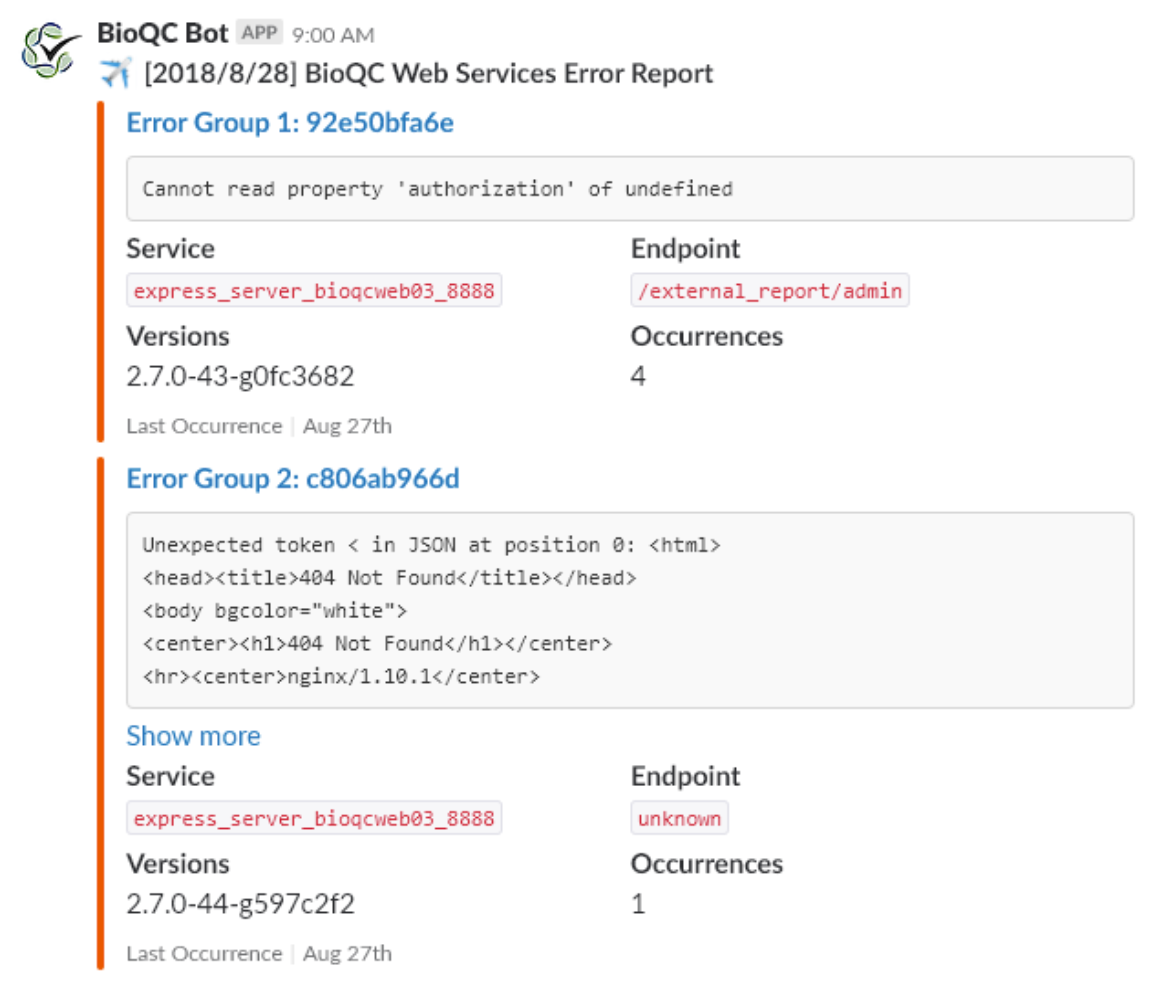 Example notification from the new service status server I built, which delivers the output of cron jobs directly to the appropriate channels. Below is an architecture diagram of the service showing its various components.

While I was at the BCGSC I wrote a few blog posts about some of the work I did:

Canada’s Michael Smith Genome Sciences Center is a leading international centre for genomics and bioinformatics research. Their mandate is to advance knowledge about cancer and other diseases, to improve human health through disease prevention, diagnosis and therapeutic approaches, and to realise the social and economic benefits of genomics research. As of September 2019, the facility has sequenced over two and a half quadrillion raw DNA bases.