Open Now presents a simple, easy-to-parse interface that immediately shows you with a number of options for reaching the nearest accessible safe haven, as recommended based on contextual data, in a sleek mobile application. It was built by a team of 4 during nwHacks 2019. 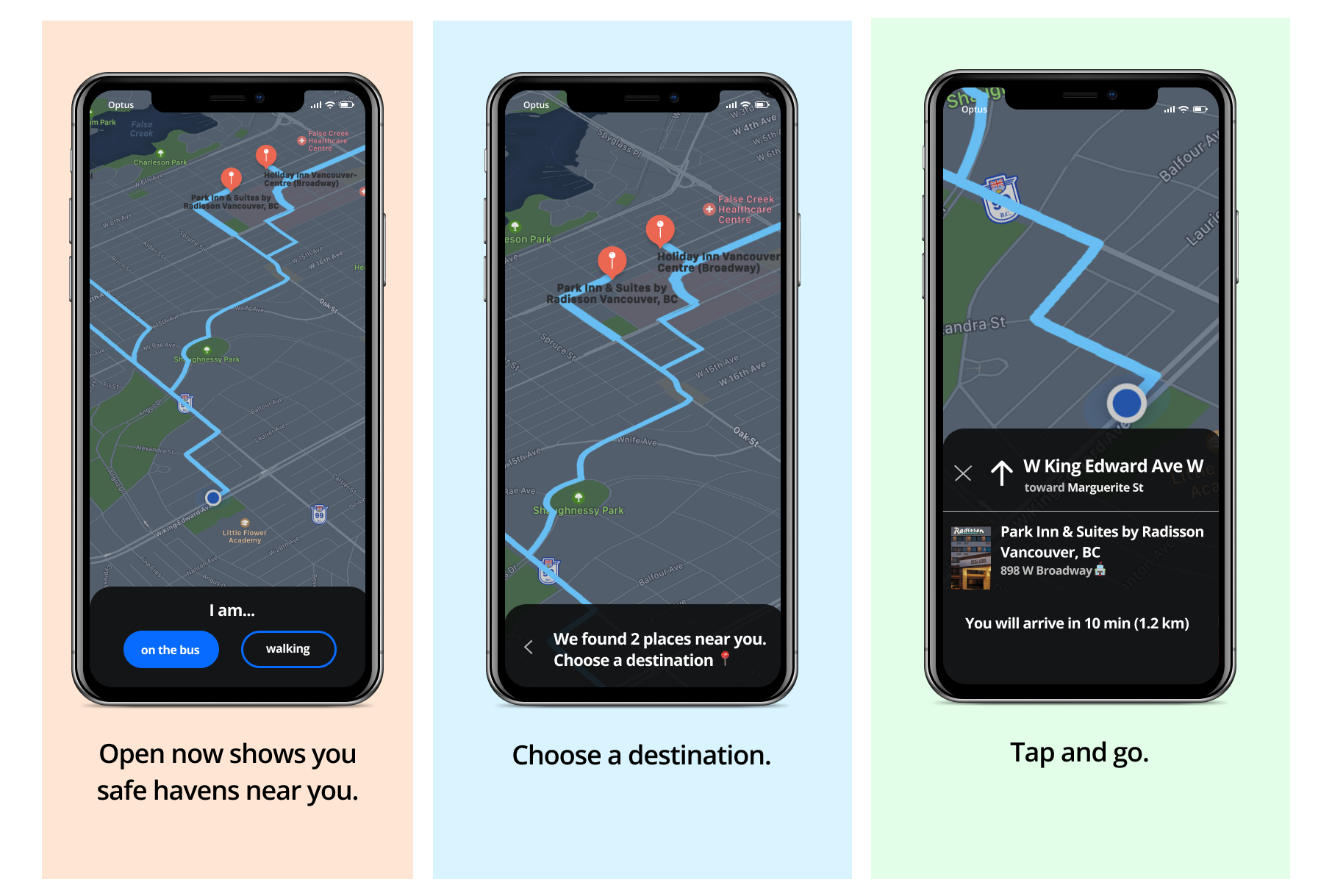 # How we built it

Open Now is an iOS app built in Swift, backed by a server written in Golang that powers our intelligent point-of-interest recommendations. The app and the server communicates using protocol buffers to serialise data transfer over Google’s remote procedure call framework, gRPC.

The server communicates with open-source public transit databases as well as the Google Maps Platform to generate recommendations, and is hosted using Inertia — a continuous deployment tool that we previously built — to handle automated updates on our cloud instance.