Timelines is probably one of the largest, most comprehensive solo projects I’ve ever taken on… and subsequently abandoned.

I started it in mid-February 2018 after running into a tool called Hercules, which is a highly customizable Git repository analysis engine written in Go. It generates a DAG of analysis tasks to run on a repository and outputs a ton of data observing trends over the history of a project.

I thought this was a pretty neat take on project histories, especially since for myself and teams at my club UBC Launch Pad, it can be easy to lose sight of how far we’ve come in a project. So I decided to try and turn this concept into a service that tied all sorts of metadata about your project - Git history analysis, milestones, releases, issues, pull requests, and more together into a single visualisation of the life of your project.

Over a period of about 4 months, I created:

I also had my service deployed on Heroku and Netlify during this time so that I could make sure things worked in the environments I wanted to deploy in.

During this time, I also started or improved a few other relevant side projects: 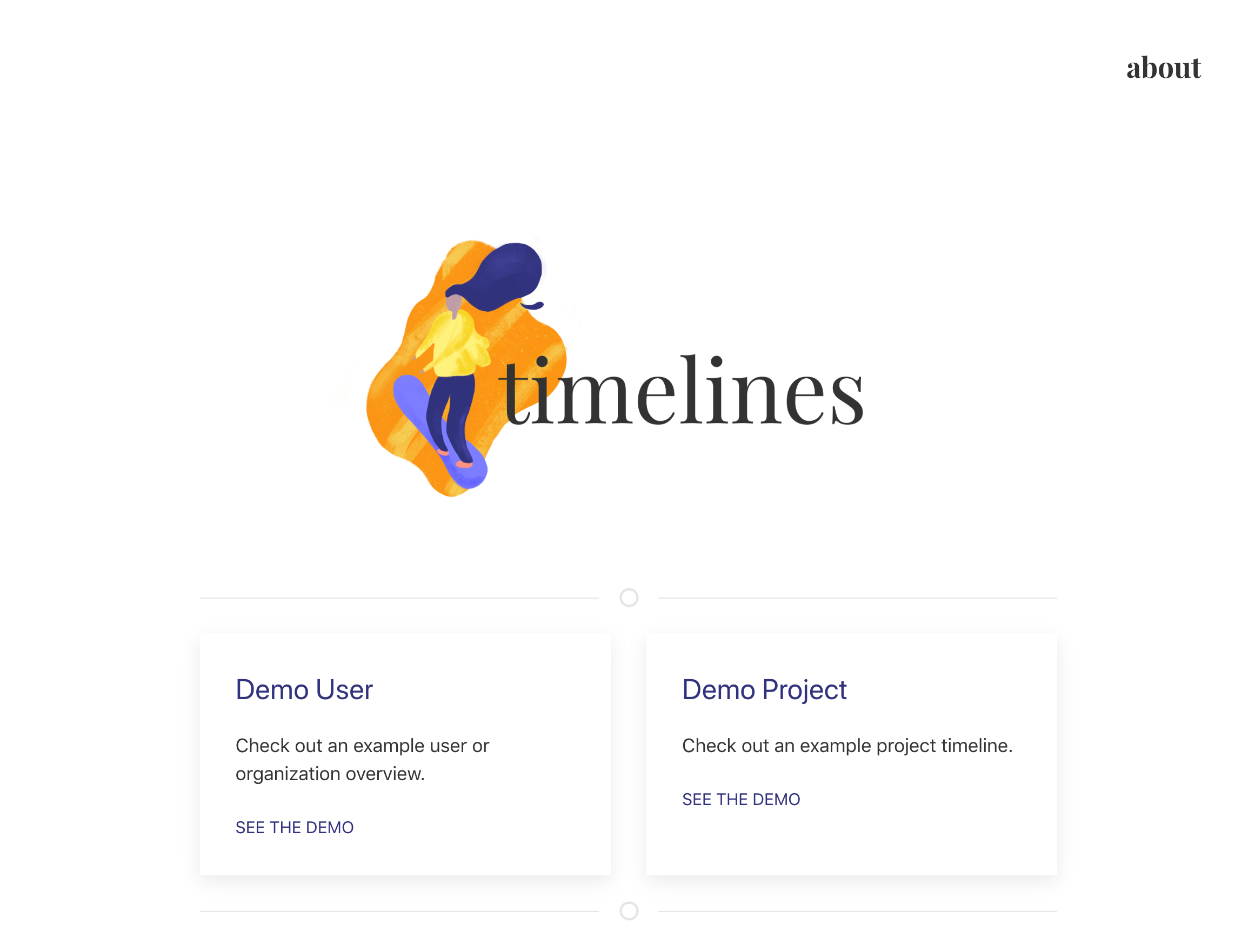 Unfortunately I’ve decided to abandon the project for the time being. However, my work on this has helped inform my other projects a lot, and expanded the toolset I have available to me.

Check out the repository to see how far I made it!