Despite my last blog post from way back in 2017, I have not learned any lessons regarding ground beef and continue to eat it on a daily basis. Though I suppose I have changed slightly - I eat more ground pork now, for no real reason other than to make this beauty every day: 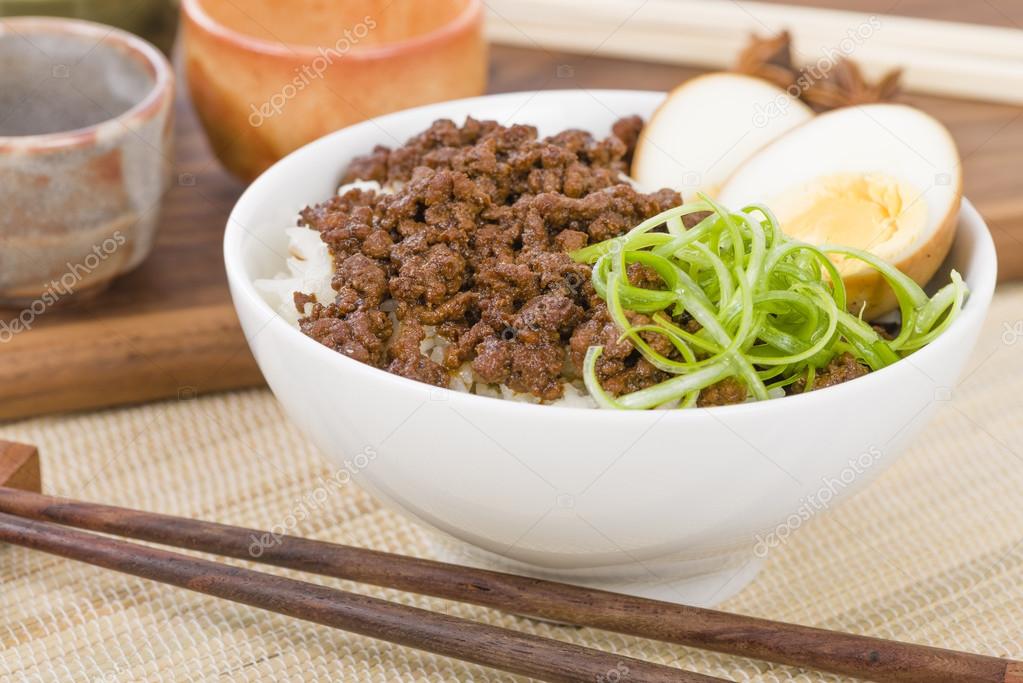 This particular picture isn’t mine but you get the idea.

At work, part of my job has been slowly revamping my team’s various scattered web platforms - a collection of about 3 servers serving 6 different websites - into a more consolidated and (hopefully) neater codebase.

The previous intern had gotten a bit of a head start on the rewrite by scaffolding a simple server using Express, a Node.js framework. When I had a look I think I nearly had a heart attack - every endpoint looked something like this:

Let’s ignore that wild SQL string there for today and look at that big bad list of parameters, most (actually, all) of which boil down to this.thing = that.thing. There are several endpoints that take the same parameters as well, where this whole list is copy and pasted.

The fact that these parameter objects are passed into the various queries to do their thing meant that before I started on separating the SQL and database component of the server, I had to work out an effective and standardised way to pass this stuff around - some form of object casting in JavaScript (which a reader pointed out should probably have been the title of this post to being with).

I could simply use req.body which, in theory, should contain everything the server needed, assuming the user has followed the documentation appropriately… until I realised there was no documentation whatsoever. Not to mention that doing this would be making an awful lot of assumptions, and as the saying goes, don’t assume or you will make an ass of u and me! Hehe.

So why not kill two birds with one stone? If each of these sets of parameters was a predefined class, then those classes could effectively act as documentation for our endpoints’ input and return types. What I needed was a class that could, given a “definition”, cleanly and in one line take an object (such as req.body or the return object from a database query) and populate the class’s fields. For example:

Wow! Wouldn’t that be swell. If I could easily have this work for all my classes, that would be great. So I started setting up my extendible class, which would implement the basic shared functions which other classes can then use.

Here is the scaffolded class I came up with:

A child class can then implement DataType like this:

I want to be able to give my class a “flat” object:

And have it correctly populate the fields of my definition. Seemed a bit difficult at first, but it ultimately boils down to a few steps:

So I came up with this implementation:

A quick unit test (because what implementation would be complete without one?) to prove that it works, courtesy of Mocha and chai-expect (which I have grown to love):

Now isn’t that beautiful. Not only can I use this for incoming requests, but I can also use this to cleanly populate relevant fields when querying a database (this particular example uses the excellent pg-promise library):

Another advantage of this approach is that it allowed me to easily add more features that are inherited by children classes - for example, in code block 1, there is a line which isn’t handled by this DataType implementation:

I felt like many of my classes will need to do some sort of modification of their fields, so I figured that the DataType constructor could take an additional parameter:

The child class could then call the super() constructor with a function that handles the appropriate formatting:

And the given function would then be called by the parent class whenever needed! The reason I do this instead of having the child class handle it themselves in the constructor is because I began to realise our datatypes needed to use different keys when used as return types. For example, fk_ingredients__name is not something you want to send to your user - a better key would be ingredient_name. The same goes for asking inputs from users - you don’t necessarily want your user to send you data with the key fk_ingredients__name. Plus, there is probably some security concerns about exposing the inner workings of your database setup, but I’m not very sure if that’s actually a concern. Either way, I needed a way to rename keys.

So I gave Mr. DataType some new functions:

So how to go about renaming and swapping keys? Since the implementations are fairly straight forward and is conceptually similar to iterateAndPopulateObject(), I’ll just include them here:

Update: A reader asked about a line in these helpers that I think is pretty cool:

This allows you to use a string variable, newKey, as the name of a key when instantiating a dictionary:

Of course, I also wrote unit tests to make sure toJSON() and fromJSON() worked as intended.

The nice thing about this approach - any any approach using polymorphic classes, really - is its crazy flexibility, which I took for granted for a very long time. Here is an example of a class that takes an extra constructor parameter to allow more specific customization of its data:

And another example that has an extra parameter as well as extra class function to modify the class’s data:

And if you ever feel like adding functionality across all classes, you can simply implement it in the base DataType class. Possibilities everywhere!

Feel free to get in touch through my email if you have any questions or suggestions about this though! I personally have found this very handy and although I’m sure it could use some changes to improve its flexibility (one thing I’m hoping to look into is implementing some sort of field validations, such as checking if required fields are present) I think this is far better than the original sprawling list of this.thing = that.thing.

Thanks for reading, and I hope you found this useful!

Enthusiastic eater. Feel free to reach out to me at robert@bobheadxi.dev!